Glass Pear is singer/songwriter Yestyn Griffiths. The Welsh singer is the younger brother of recording artist Jem. After co-writing songs for her first album, Finally Woken, and the follow-up, Down To Earth, Griffiths sent a 4 track demo to the DJ Nic Harcourt of KCRW. Harcourt's early support for the tracks "Last Day Of Your Life" and "Vultures" was instrumental in getting the music heard. In late 2008, the producers of 90210 chose "Last Day Of Your Life" to end the first episode of the new series and Grey's Anatomy used the track in early 2009. Described by Dave Matthews' A&R as being like "Keane but with balls", Griffiths cites Jeff Buckley and The Beatles as influences, while echoes of early Radiohead and Coldplay are heard throughout Glass Pear's stadium-sized sound.

Asked on NPR radio for her 2009 music tips, Gossip Girl's music supervisor Alexandra Patsavas said that Glass Pear "will have a big impact in the future. [He writes] beautiful, melodic, well-crafted pop songs." 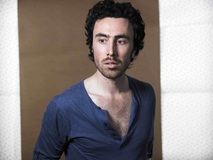 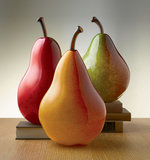 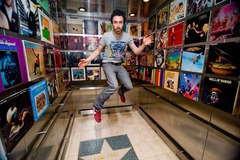 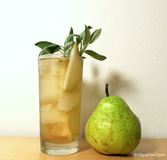 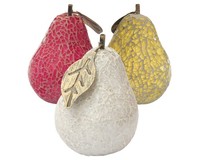 Love Is All I Need