Claude Moine (born July 3, 1942 Paris), better known by his stage name Eddy Mitchell, is a French singer and actor. He began his career in the late 1950s, with the group Les Chaussettes Noires (The Black Socks), taking his name from the American expatriate tough-guy actor Eddie Constantine (later the star of Jean-Luc Godard's Alphaville). The band performed at the Parisian nightclub Golf-Drouot before signing to Barclay Records and finding almost instant success; in 1961 it sold two million records.

Heavily influenced by American rock & roll, Mitchell (who went solo in 1963) has often recorded outside France, at first in London, but later in Memphis and Nashville, Tennessee. Guitarist Big Jim Sullivan, Jimmy Page and drummer Bobby Graham were among the British session musicians who regularly supported him in London. For his American recordings he employed session men such as Roger Hawkins, David Hood, Jimmy Johnson, Kenneth Buttrey, Reggie Young, David Briggs, Charlie McCoy and others. 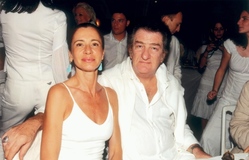 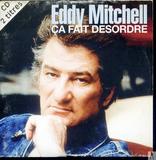